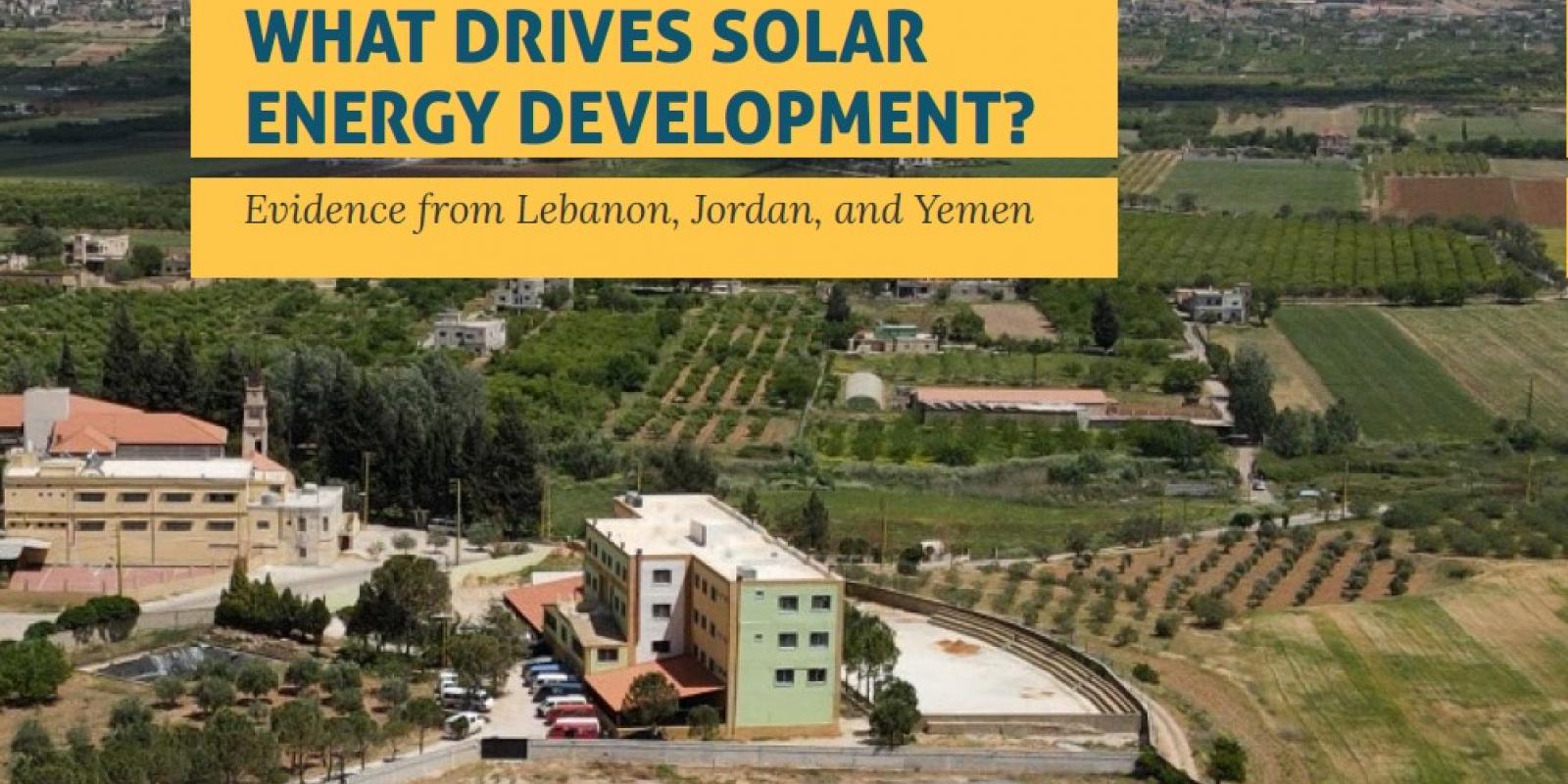 TPP Director, Neil McCulloch supported work led by Marc Ayoub of the Issam Fares Institute at the American University of Beirut to produce a documentary on the challenges facing solar power development in Lebanon, drawing lessons from Jordan and Yemen. The work was funded by the Natural Resource Governance Institute. The documentary, in Arabic with English sub-titles, was launched on 6 September 2022 and broadcast on Lebanese television.  It can be viewed here. An accompanying Policy Brief was also produced which can be downloaded here.